Our little island, Ma Wan in Hong Kong has a lot of expanded polystyrene trash. Some it may be styrofoam, but most is the take-away containers from restaurants, and coolers from market deliveries. 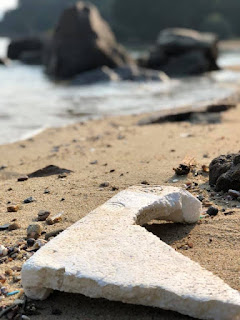 Expanded Polystyrene and even regular polystyrene is very light. It floats on water, gets blown by the wind, and broken easily by hitting rocks and being stepped on. 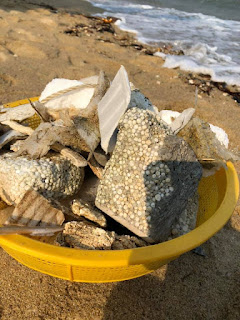 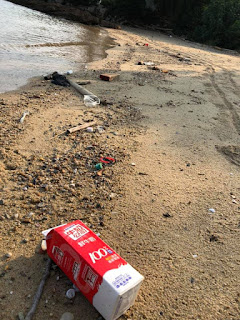 The materials collect at the high tide line and then the wind blows them back into the sea or into the tree line. Here is what the tree line looks like week after week. 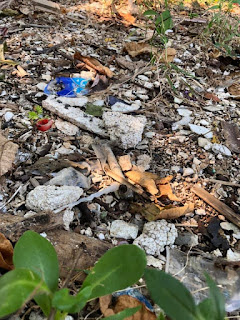 Delivered by FeedBurner
People walk through, step on the polystyrene and it gets broken up and buried under organic material, sand and rocks. 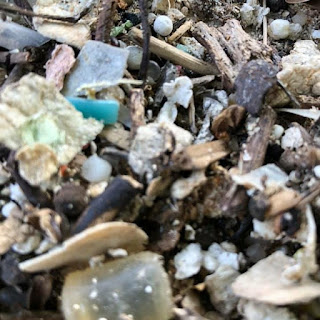 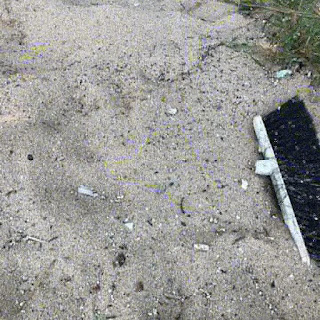 The expanded polystyrene is now small and light. It can float to the top of sand and we literally sweep it from the top of the sand. 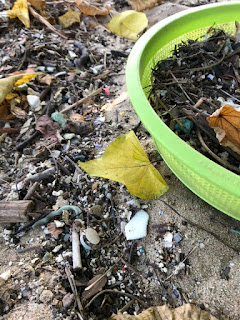 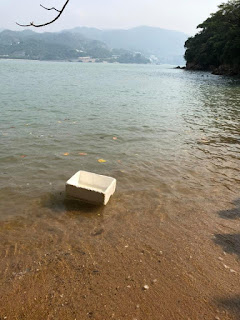 This rates as one of the stranger things we have found on the beach. A cooler box floated up to the beach 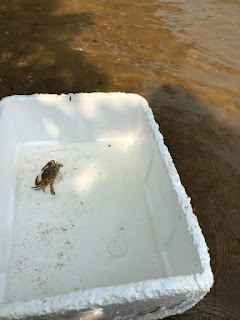 A crab trapped in a cooler box. We asked the nearby fishermen if it was their bait, but apparently it crawled in and got washed out into the water by itself. 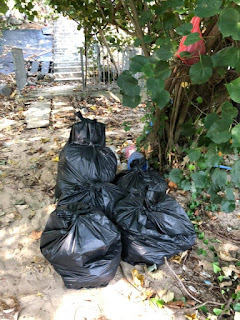 Finally, here are the bags of trash that were pulled from the beach and stacked for the rubbish collectors to pick up.